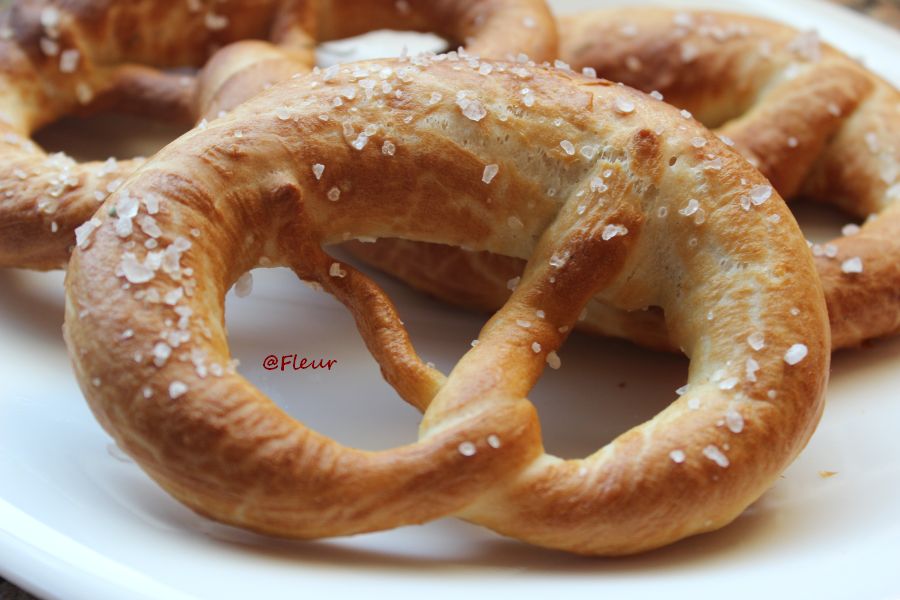 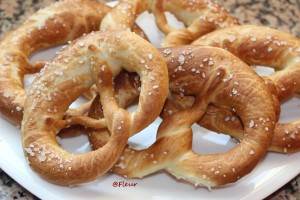 Mix the sugar and yeast in ½ cup of warm water. Allow to rest 10 minutes until the yeast begins to ferment. In a bowl, mix the flour, oil, salt, yeast and add the remaining water. The dough should be elastic.

Knead it for at least 5 minutes with the hands smeared with a little bit oil, to prevent sticking.

Allow the dough to rise for at least one hour, in a warm place, until the volume is doubled.

Divide the dough into six equal parts. Roll each part  on a work surface dusted with a little flour. The roll should be thicker in the middle and thinner at the ends. Place the roll in the form of the letter U … 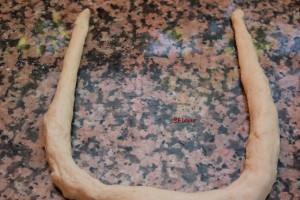 … twist the ends twice, one over the other… 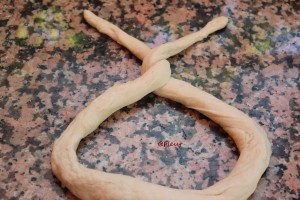 … attach them to the base. 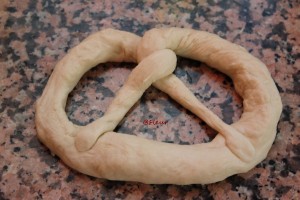 Bring 2 liters  water to a boil, add two tablespoons of baking soda. Dip the pretzels, carefully, one by one, into the hot water (they will float) for a few seconds and than place them on a baking tray. Sprinkle with coarse salt (and / or poppy seeds). 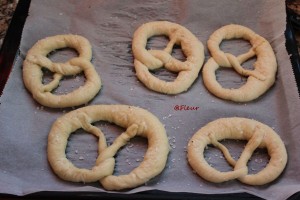 Bake them in the preheated oven, about 20 to 30 minutes. 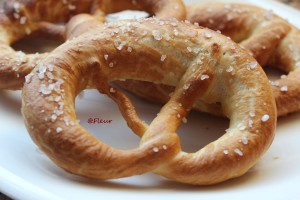 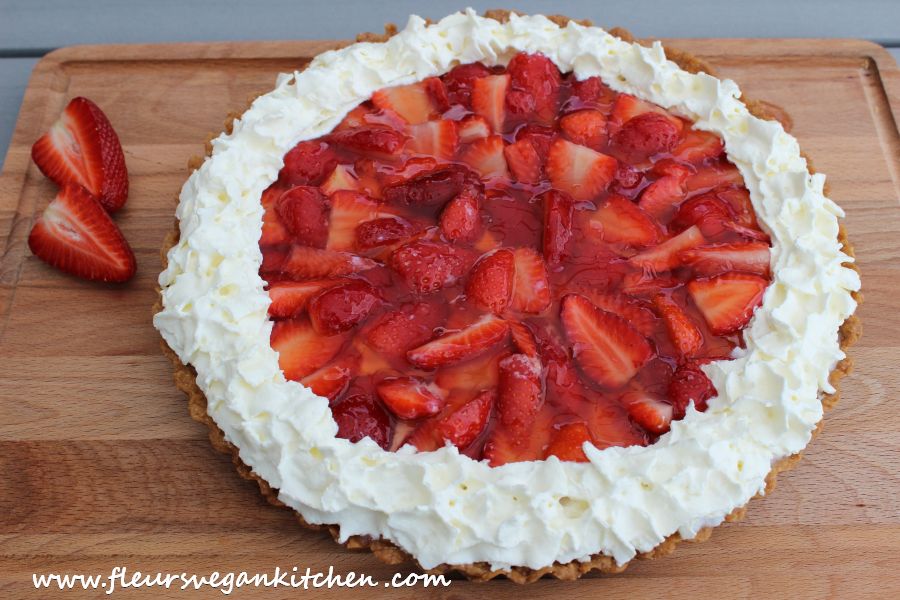